What is a Green Card? Permanent Residency in the U.S. 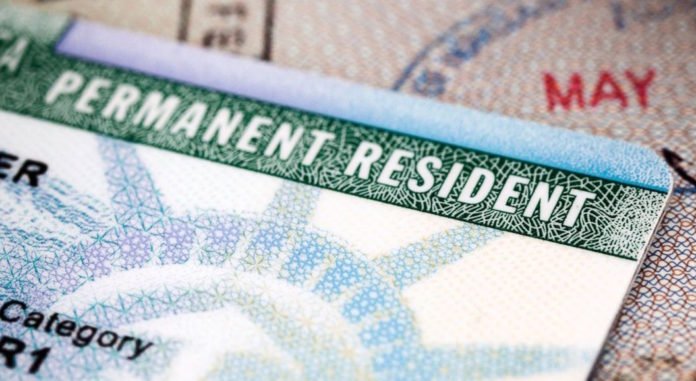 These United States Immigration green cards are issued by the U.S. Citizenship and Immigration Services (USCIS).

Your green card grants you permission to live and work in the United States.

You may apply for U.S. citizenship after three or five years. 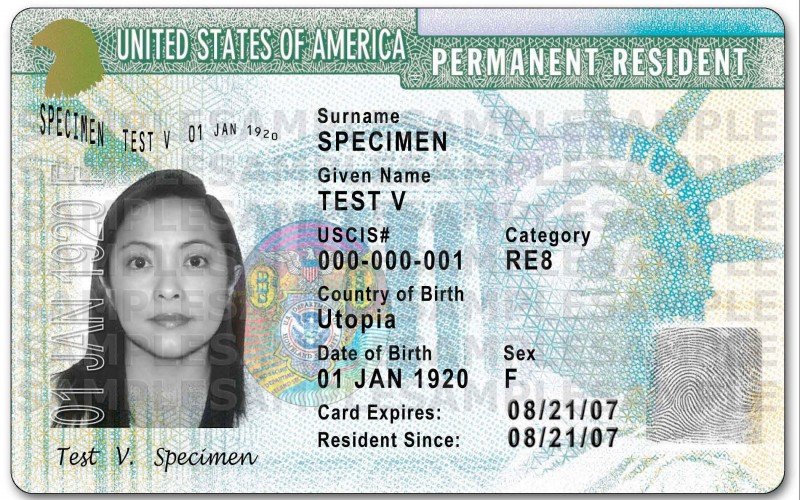 To get a green card, you must qualify under one of these eligibility categories:

You may be eligible for a U.S. permanent resident card if you are an immigrant worker, meaning:

Family based categories of applicants who are eligible to apply for US green card include:

Other family members are also eligible for green card permanent resident status under the “preference immigrant” group, which (in order of preference) includes:

Marriage After Obtaining a Fiancé(e) Visa

You or your alien fiancé(e) may apply for a nonimmigrant visa to travel to the United States and seek admission.

Within 90-days after entry, you and your fiancé(e) must enter into a legal marriage with the U.S. citizen who made the application.

You or your lawfully married spouse may then apply for a green card.

Human Trafficking and Victims of Crime

If you were a human trafficking victim or a victim of a crime and have a nonimmigrant visa, you may apply for United States of America permanent residency.

Under the Violence Against Women Act, you may complete a green card application if you were the victim of extreme cruelty from a spouse, a former spouse, or a child of a U.S. citizen.

Also known as the U.S. Visa Lottery, every year 50,000 names are randomly drawn from applicants from countries with low rates of immigration to the United States.

Most lottery winners live outside the United States and are granted permanent U.S. resident status.

Once you have obtained your green card you have the right to:

How Can You Lose Your Permanent Resident (Green Card) Status

Once you become a green card holder, you maintain permanent resident status until you:

There are several ways you can lose your green card status:

The two most common ways green card residents lose their cards are by marriage fraud and criminal conviction.

One way people lose their green card is through marriage fraud, which comes in many forms:

Renewing your green card after any arrest is problematic. In general, any felony offense in which you can be sentenced to jail for one year or more may lead to the loss of your green card and result in deportation. Some of these crimes include:

When Can You Apply for United States Citizenship

Ideally, the proper way to lose your green card residency status is to get citizenship.

In general, the only way a U.S. citizen can be deported is if his/her original Green Card was obtained through fraud or misrepresentation.

Once you become a naturalized U.S. citizen, the following benefits apply to you:

For green card holders, there are five ways to naturalization and becoming a citizen of the United States of America.

The most common way for a United States permanent resident holder to become a naturalized U.S. citizen is by holding their green card status for five years. To apply for naturalization in this way you must:

Naturalization for Spouses of U.S. Citizens

To be eligible for citizenship as a spouse of a U.S. citizen, you must meet the following criteria:

The criteria for former military service members include:

If you are currently serving in the military, the United States Customs and Immigration Service requests that you contact the USCIS agent assigned to your base or your superior officer for information.

Citizenship for Spouses and Children of Members Serving in the U.S. Military

Spouses and children of service members of the U.S. military may be eligible for expedited and/or overseas naturalization.

Citizenship Through a Parent

There are two ways to get citizenship through a parent: at birth, and after birth before the child reaches 18. The law in effect at the time of birth determines whether someone born to a parent or parents outside the United States is a citizen.